These days it seems like anyone with a SAG card is putting out a clothing line. As new celeb-backed fashions continue to flood stores, it doesn’t seem like anyone is stopping to question whether these pieces are actually designed by the namesake behind them. And does anyone really care? 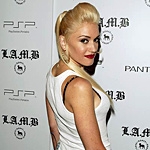 Why We Want It

It’s hard to say what attracts people to the lines, but it seems like marketing is the main aspect behind it. While J-Lo will go out and promote her products, she is careful about discussing how much involvement she has with the actual production of her line. Also, she seems to have found a niche in the market, moving merchandise well in the mid-priced range.

Gwen Stefani emphasizes her involvement with L.A.M.B., her sickeningly named, yet seemingly successful clothing and accessories line. With a documented background in fashion design, she gets more respect than many other celebrities who just seem to attach their name to products like the Olsen twins, Jessica Simpson, and Hillary Duff. She has also placed herself in the high-end market, thereby insinuating that her products are of a higher quality. It doesn’t necessarily mean she is more involved in the actual creative process, but that doesn’t seem to be the priority for shoppers. People just get excited about the notion of being closer to their favourite star by dressing like them or having similar taste. 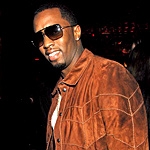 The same way that people don’t usually care who writes the music or screenplays for these celebs, no one seems overly concerned about the actual commitment each star puts into their fashion lines. It likely annoys those who work really hard in the fashion industry, but with our celebrity-obsessed culture, the blame can’t all be laid on the A-listers.

Most celebrity backed fashion lines are quite astonishing success stories and just attaching your name to something doesn’t guarantee success. Consider J-Lo’s latest movies, for instance. Or any of Puff Daddy/P.Diddy/Sean Combs’ music. These celebrities may not be designers, but they are weaving together marketing and business potential and capitalizing on their names in a huge way. 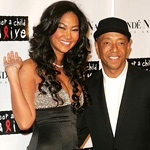 The most dominating clothing lines in the hip-hop and urban world are P.Diddy’s Sean John line, Jay-Z’s Rocawear label and Russell Simons’ ex-wife, Kimora Lee’s, Baby Phat. The success of each of these lines basically paved the way for more celebrities to realize the potential in branding themselves and have been riding this discovery to the bank.

With every celebrity eager to capitalize on their fame in every way possible, it’s increasingly difficult to keep up with all the new celebrity fashion lines hitting stores. Those who try to break out of the mould or do something more interesting tend to be noticed. Nicole Richie, famous basically for fighting with Paris Hilton, has a new line of maternity clothes coming out. While she isn’t the picture of the typical mom, doing something beyond Lauren Conrad’s parade of obvious, trendy and safe tanks and dresses, is more interesting and might point to an actual interest in this genre.

It’s also interesting when the celeb doesn’t seem to do much promotion about their association with the line. Perhaps this isn’t by choice, but it seems to lend more credibility to the line, rather than blasting ads with your face all over them and subsequently charging $50 for a mass-produced tank top. 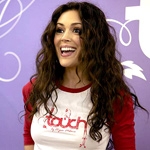 There are also stars who seem to turn to merchandising as a way of keeping their name in the news. Although you might not have seen her in much lately, Alyssa Milano has jumped into the fashion industry by reportedly creating a more feminine sports line for women called Touch, which has been picked up by MLB.

I’m not really sure if it counts as a comeback, or if she just kind of lingers in an annoying way, but Mariah Carey has hopped on the fashion bandwagon as well. With her trademark sophistication comes a new line of underwear called Mariah Kiss Kiss. 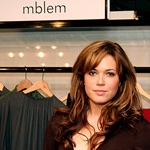 Mandy Moore hasn’t been up to much lately either, so she found time to create a line of comfy clothes called MBlem. She maintains her sugary sweet image by dutifully donating a portion of profit to charity.

Like it or not, really designed or not, it seems that the fashion bug will not be moving out of Hollywood anytime soon. The stars’ names equal big bucks for businesses, so until we stop shopping, the names will keep dropping. Maybe fashion students should take note and sign up for acting classes now!