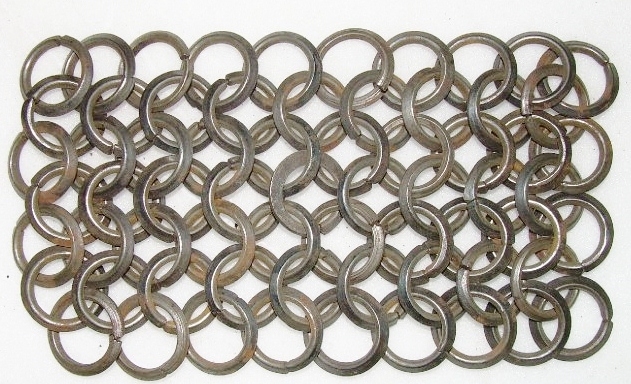 Jewelry materials come in many forms - beads, wood, glass, and handmade silver.  You name it! Almost anything can be made into an accessory, it all depends on the designer’s preference of what material to work with and their creative vision.

One particular material that I especially like to work with are metal rings to create different patterns called chainmaille (varied spellings include: chain maille, chainmail, mail).

You may know chainmaille as the heavy armour worn by soldiers & warriors until about the mid-late 17th century.  Around this time chainmaille was phased out & replaced by the more sturdy & durable plate metal armour in Europe & the Middle East.

The French word “maille” stems from the Latin word “macula” which means “mesh of a net”.  A soldier’s armour would be primarily made of steel or iron rings cut from sheet metal, and linked together in a pattern called “four-in-one”.  Here is a close-up of the four-in-one pattern. 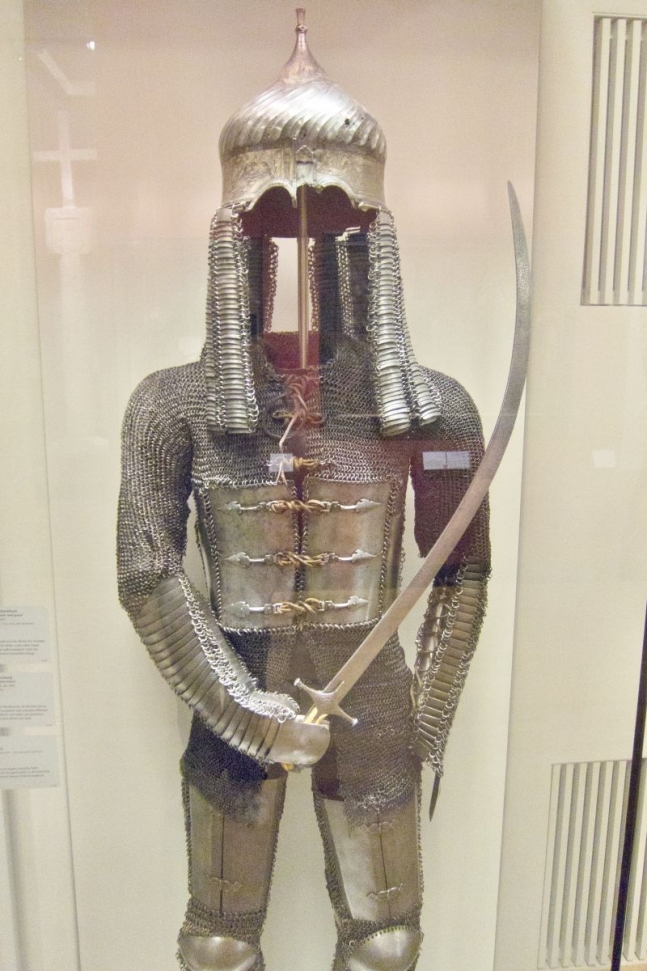 The armour was normally worn over other protective layers of clothing, the chainmaille acted as the “first layer of defence” for someone’s body.  Each section of armour was formed to specifically protect that body part.  For example, the chainmaille covering the torso used thicker rings that were interlaced closer together for maximum protection of the chest and vital organs.  Chainmaille armour worked well for stopping or hindering an opponent’s sword from cutting skin, but it was pretty useless if a soldier was violently crushed by an object, like a mallet.

This photo depicts a suit of armour, exhibited at Deutsches Historisches Museum in Berlin.  The chainmaille portion of the suit hangs from the sides of the helmet to protect the sides of the face.  It also covering the upper chest above the metal chest plates, across the shoulders, and down the arms and torso.  There are also portions of chainmaille which attach the metal plates covering the legs. 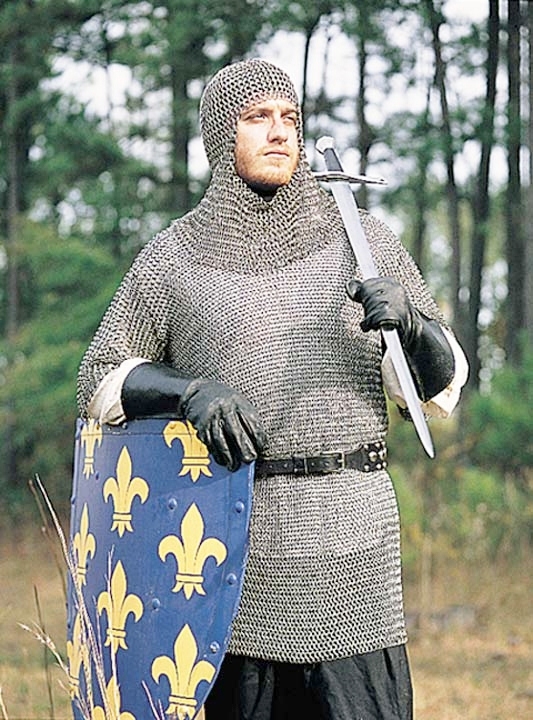 Nowadays there are those who participate in ­fantasy or mock battles relating to a specific time in history or theme.  Participants become their character by changing their vocabulary, demeanor and wearing the correct period-piece garments including chainmaille armour, all to enhance their experience in battle.

Chainmaille has come a long way since the days of sword-wielding and archery skills were necessary for battle.  There are now multitudes of patterns available and continue to be created everyday.

Some of the more popular patterns used in today’s jewelry are European Four-in-One which is the same basic pattern from the original four-in-one pattern; Byzantine; Orbital; Japanese Flower; and Dragonscale. 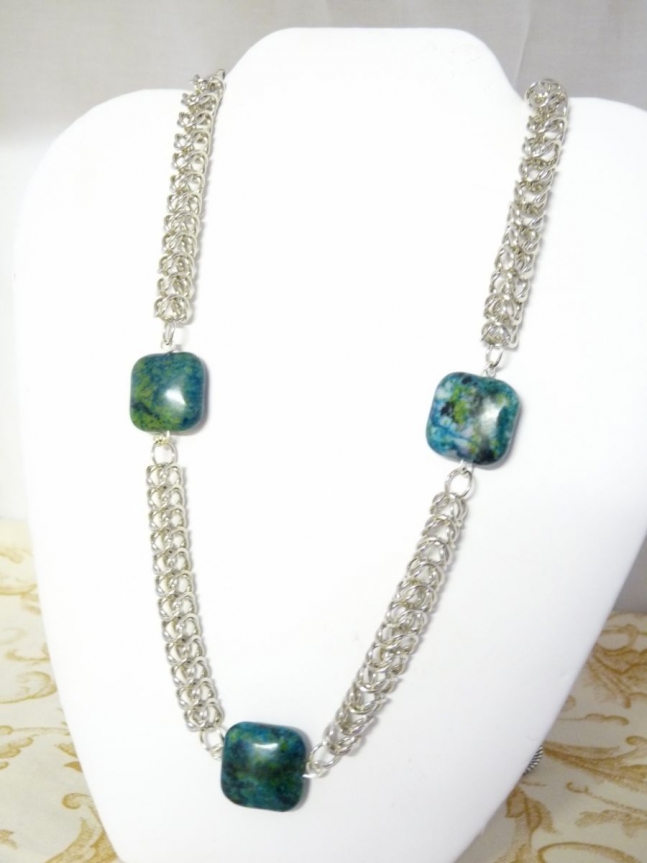 Chainmaille jewelry designers are also incorporating beads, crystals or gemstones into the arrangement of these metal rings.  And with the supply of more affordable metals to choose from, different metals are being added into designs as well.

The majority of metals being used in chainmaille jewelry in today’s market include sterling silver, copper, brass, aluminum and some steel.  These metals are a lot lighter than the old steel and iron casted rings of centuries ago, and they certainly look a lot more fashionable! 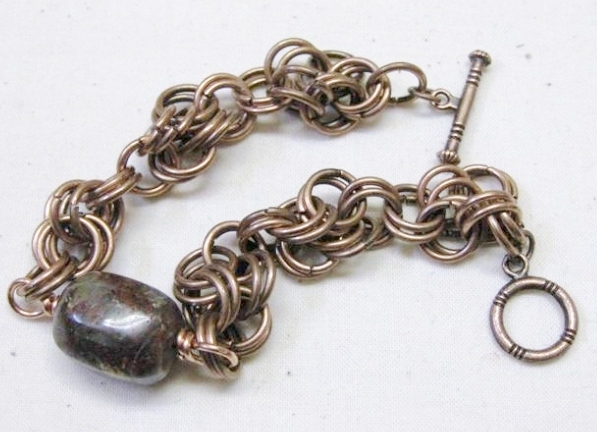 These days chainmaille jewelry is an expression of old world art and skill, a necessary garment turned fashion accessory, with all the dramatic effect that comes with it.

So whatever your fancy, chainmaille jewelry may be the armour in your jewelry box to help you battle the day!

Interesting article. I didn't know what chainmaille means. Thanks for sharing!

This is very interesting. It is hard to believe that ancient armour has been revived as beautiful jewellery!