Instead of creating an elaborate Halloween costume and going to a party, we decided to check out the Halloween Parade in downtown Las Vegas and gawk at everyone else's creative costumes!

This year the participants really outdid themselves.  Downtown Las Vegas is normally chock full of slightly odd people, so add to that Halloween costumes and it makes for a very entertaining evening :-)  Just to set the scene, here's the Fremont Street Experience with the world's largest big screen... at least that's what the announcement said at the beginning of the light show! 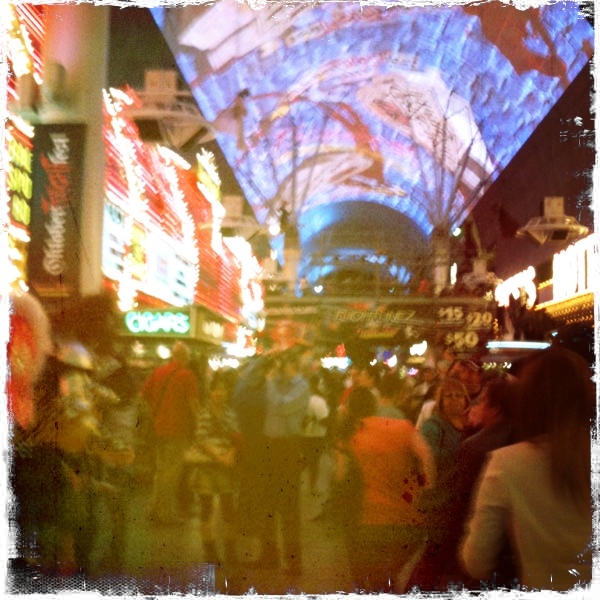 People really put a lot of thought and effort into their costumes and we were very impressed.  There was a costume contest that people could enter when they chose to participate in the parade.  I took a couple of photos of some of the contestants.  There was actually a person walking around in this homemade coffin--until she got too tired and leaned it up against a tree :-)  The detail was pretty amazing and it was quite the construction project. 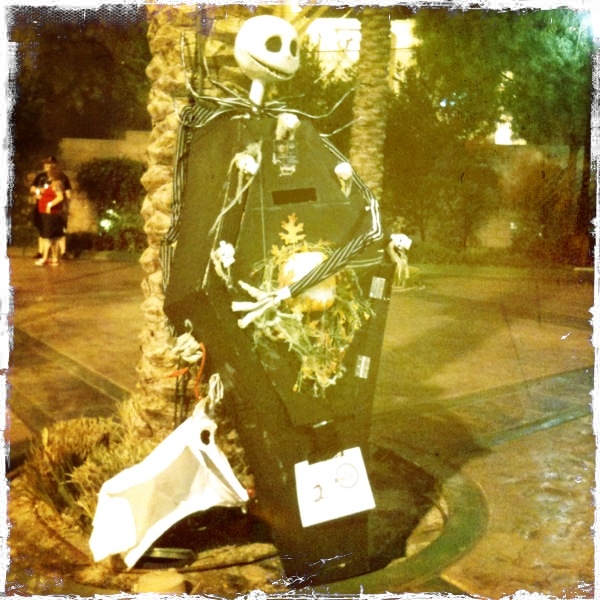 I'm not sure if this person took second place or was contestant #2, but either way, it is a super cool costume!  The guy in the picture below built out an entire table around him that had all kinds of ghoulish delicacies.  I admire the dedication... I wouldn't really want to walk around all night with a giant table on! 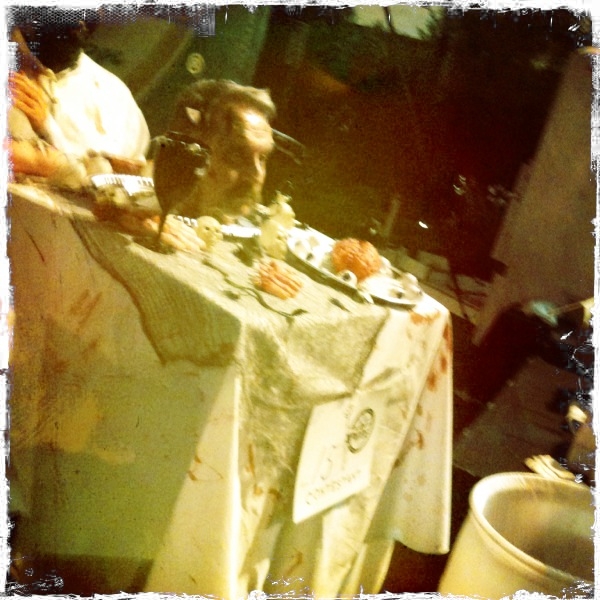 The person wearing the giant Dia de los Muertos skull apparently carved it out of a giant block of styrofoam and painted it right before the Halloween parade...a guy standing next to me told me that he saw him make the whole thing!  That's pretty impressive in my opinon.  He loved to pose for pictures and dance around also... he was a very jolly skull! 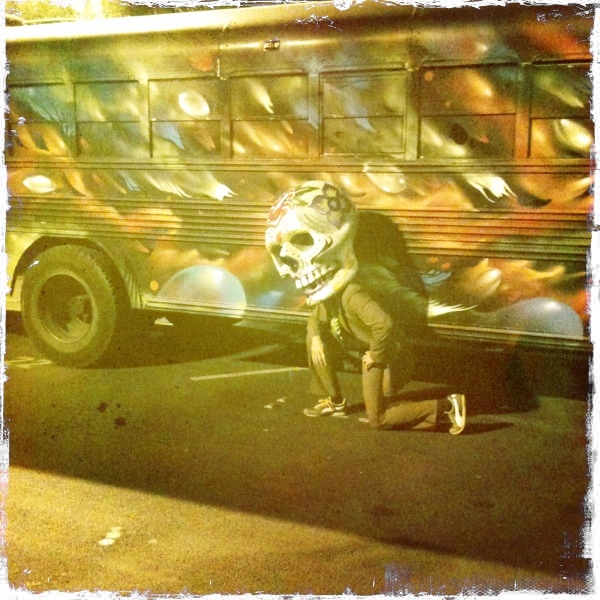 There were a few "political" Halloween costumes out and about, including a Michelle Obama carrying baby Barack Obama.  We saw a couple people dressed as other American political figures, as well as interpretations of the Occupy Wall Street Protesters.  I guess some people like to make a statement with their costumes! 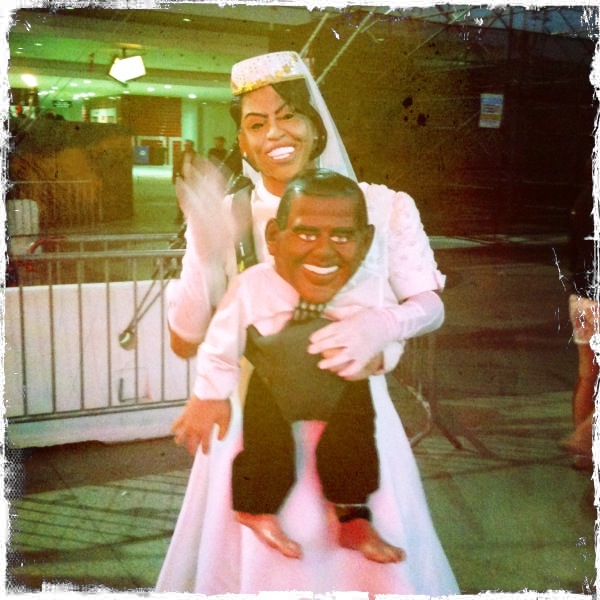 The elaborateness of some of the costumes just really never ceases to amaze me.  I guess I'm just not that ambitious when it comes to dressing up!  This guy had a whole Las Vegas police car Transformers theme going on, tires and all! 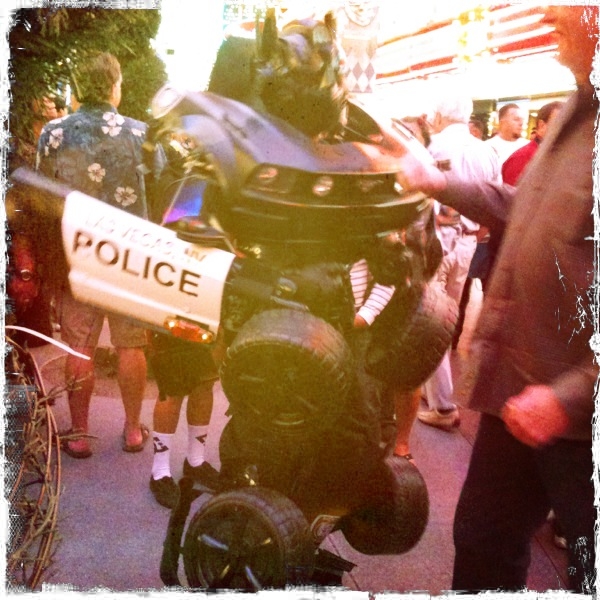 These red plastic cup outfits weren't all that elaborate, but I thought it was a great original, unique idea for a Halloween costume!  I don't think I would be a fan of not being able to sit down all night, but aside from that this costume seems like a fun idea :-) 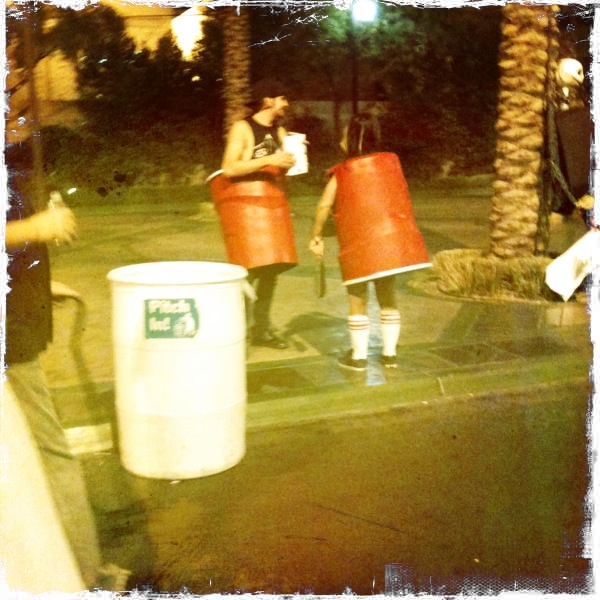 If anyone ever has the chance to come to Las Vegas for Halloween, I highly recommend it!  Best people watching ever!

What did you dress up as this year?

That must have been a fun place to visit during Halloween. Fun costumes and photos!