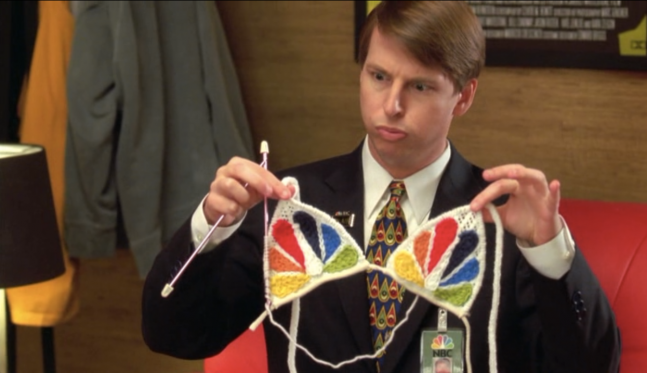 Remember an episode in 30 Rock, where Kenneth knits a bikini for his grandma? I thought that something like that only happens on TV. Well, that's until my recent visit to the hospital, where I found myself sitting next to a man who was crocheting a huge blanket out of a basket.

Wait time for the doctor we were both seeing was close to 2-3 hrs. So pretty soon, bringing your hobby, like crocheting, started to look like a really good idea to me.

I've never seen guys doing crocheting, so I struck a conversation with the man, trying to understand what would motivate him to pick up such an unusual hobby. 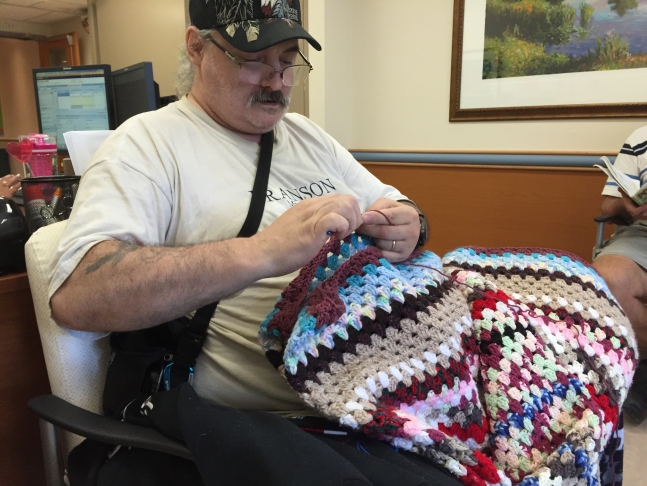 He was totally cool to chat about it. He told me that he learned crocheting from his partner, when he's got a disability a few years ago. He didn't know what to do with all the free time that he suddenly had, and decided to give crocheting a try.

He was actually very good at it, apparently, working on his 20th or so huge blanket. Here is a close-up shot of his work. 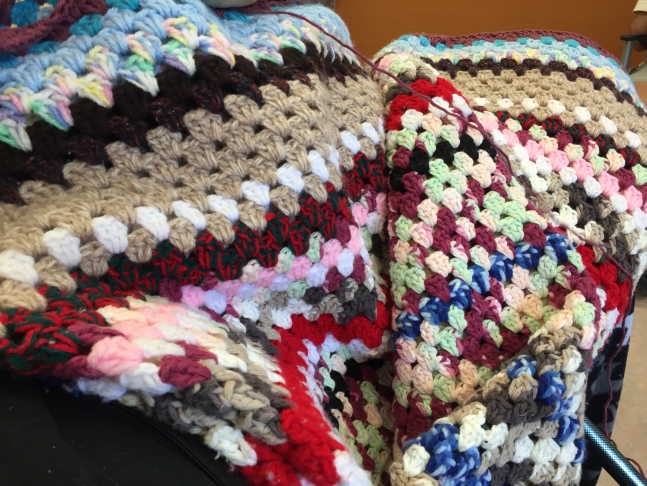 He actually looked pretty happy to me. That's definetely better than getting depressed, because of your changed circumstances.

Knitting is the New Yoga

After a quick Google search, I learned that "men knitting" is nothing new.
It helped Gerrard Allt that had been smoking for around 20 years to quit smoking. “It gave me something else to do with my hands. Before that I’d tried quitting, but I was going cold turkey and just wanted to eat all the time. Knitting calmed me down.” Other men said they are taking up knitting in a bid to de-stress. 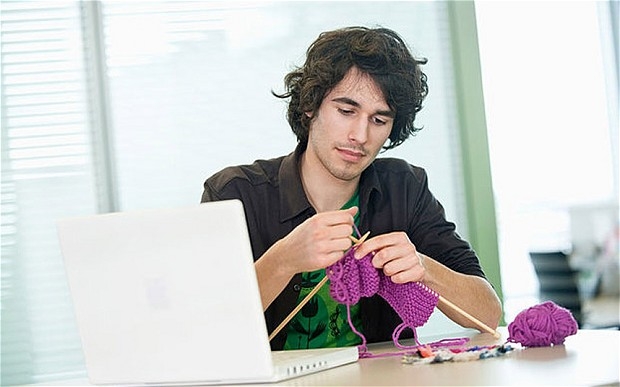 You can now even find men-only knitting classes, like the classes in UK's Oxford Street department store that are part of Campaign for Wool, backed by Prince Charles, aiming to meet interest among males.
“There are now more than 9,000 men subscribing to our services which is a massive jump from just a year ago.” - ​Sharon Brant, business development manager at Rowan Yarn said. 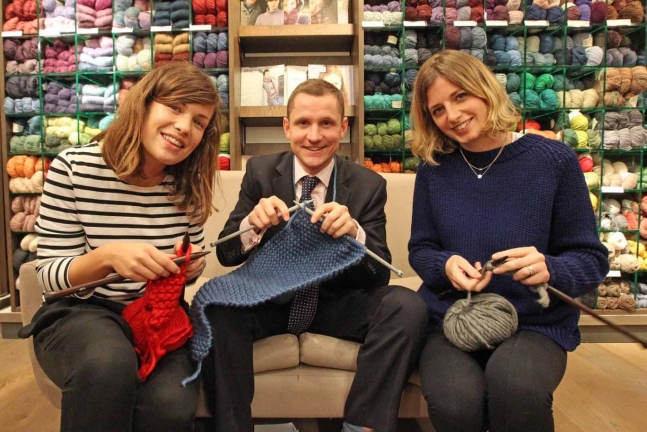 Knitting out of Homelessness

Then there was a story of Gregory Patrick who turned his life around after picking up a new hobby - knitted teddy bears. He even wrote a book "Mad Man Knitting" about how he knitted himself out of homelessness.

Last, but not the least - here is a fun video I found in my search for men knitters, exploring the question of What is a "Real Man"? Is it a guy who plays football and drinks beer? Or is it a man who has the courage to knit in public? What do you think?

And stay tuned for my next post about sexy male celebs that knit. :)