Artisangirl here with part 4... the conclusion of Fun Facts About Gemstones!
Let's first look at a very powerful stone: 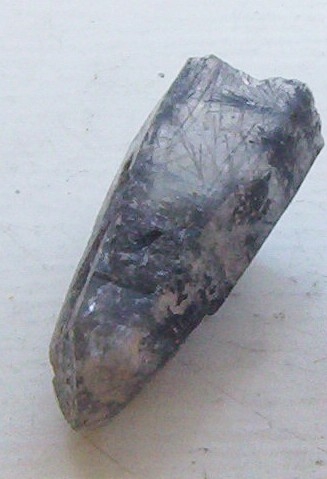 Rutilated Quartz..The Powerful Energizer...This stone stimulates electrical energies within the body to recharge vital energy centers...It reaches the root of problems and facilitates transitions and a change of direction. Rutilated quartz was  also believed by ancients to soothe dark moods and act as an antidepressant. 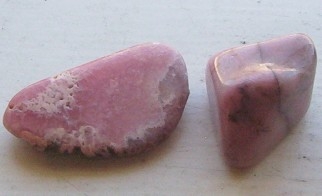 Rhodochrosite...A New Age Stone... This peachy pink is thought to be a new color. When worn as a pendant, it channels the spiritual awareness to be manifested into the physical body. It was once believed to assist in seeing things clearly. 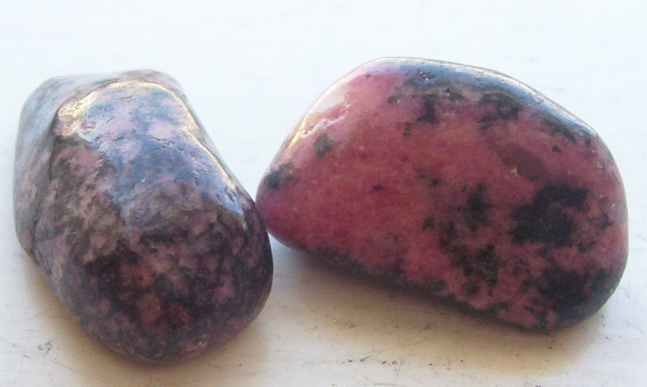 Rhodonite...This stone helps to promote a state of calm and confidence.  Used for physical or emotional trauma. Good for upper respiratory and lungs.  The black in this stone grounds the spirit force in the body, while the pink helps to actualize one's potential. 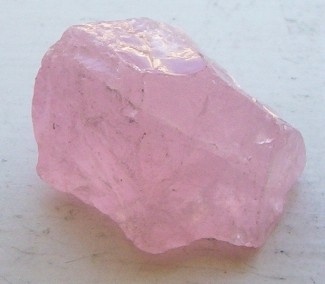 Rose Quartz...The Love Stone...Strengthens emotional body through love. Has a calming and forgiving effect. This stone is excellent for releasing suppressed feelings, and helps to develop self-love. 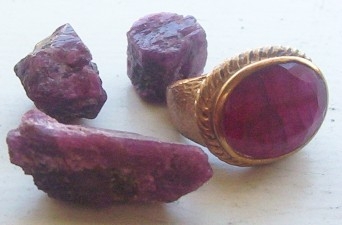 Ruby...Are truly precious stones...The ancients of India believed this stone to have powerful wealth generating qualities. Mentally, ruby brings about a positive and courageous state of mind. It is believed to stimulate the adrenals, kidneys, reproductive organs and spleen. 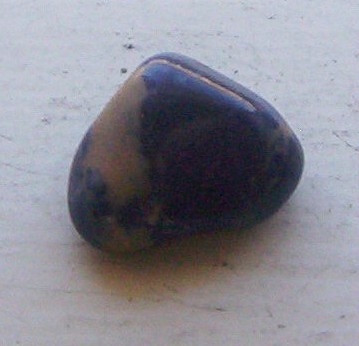 Sodalite...The Mind Stabilizer...This is a deep blue stone veined with white and often mistaken for lapis lazuli, but it doesn't have the golden flecks of iron pyrite that is often contained in lapis.  In ancient times it was worn or rubbed over the body to dispel fear and guilt. It clears away old mental patterns to make way for clear thinking. 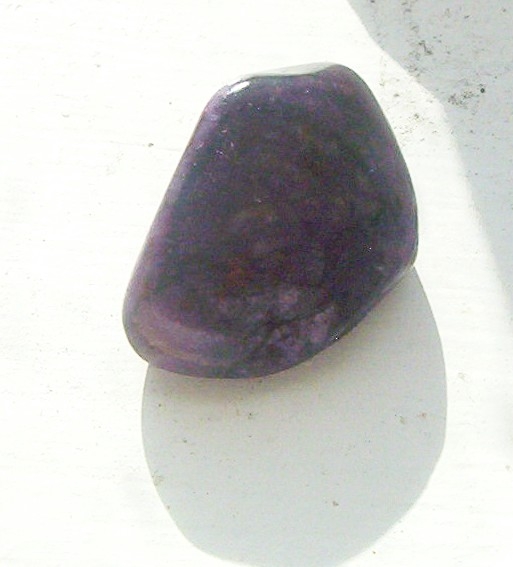 Sugilite...The Devotional Stone...This stone grounds the purple ray, color of devotion, to the Earth. Helps in establishing control over mental faculties and is thought to be beneficial for the lymph glands. Sugilite is also useful for work with groups as it resolves group difficulties and encourages loving communication. 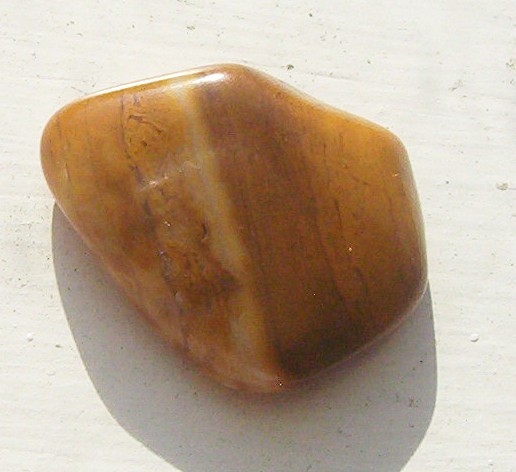 Tiger's Eye...The Mind's Eye...Has the ability to harness unfocused and scattered energy. Focusing upon this stone gives a feeling of oneness. Helps to balance and focus mental power. It assist in accomplishing goals and was traditionally carried as a talisman against ill wishing and curses. 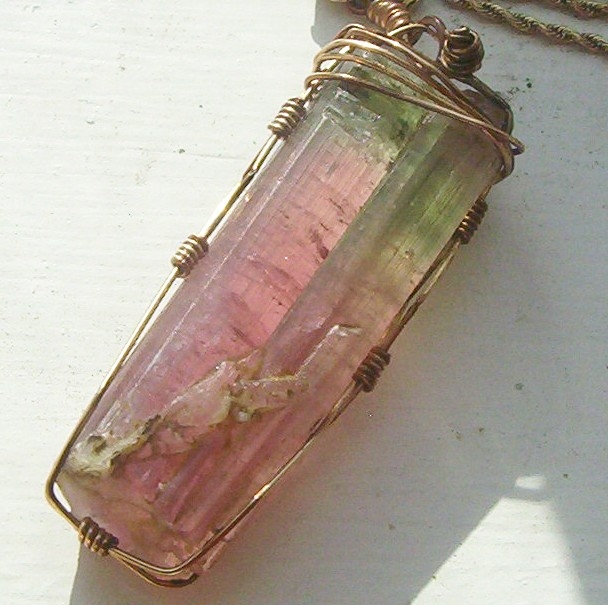 Tourmaline...The Great Heart Healer...This stone, uniting several colors (pink,green and black), expresses the ideal of living together in harmony. Ancients believed this stone to balance both the male and female energies in the body and also that it transformed dense energy into a lighter vibration. 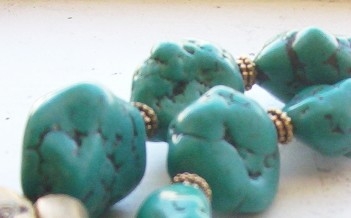 Turquoise...The Lucky Stone...Considered by ancients as a "holy stone" as it was very effective in healing work. Symbolizes the combination of love and a will toward service to others. 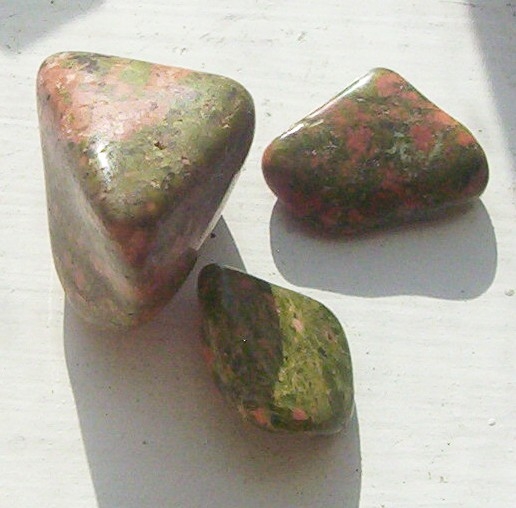 And last we have:

Unakite...A Stone Of Vision...Unakite reaches the root cause of dis-ease at whatever level it occurs, bringing it to the surface so that it can be transformed.  This stone has a powerful energy in negating the effects of electromagnetic pollution from television sets and computers when placed close by.

I hoped you've enjoyed this series of  folklore and facts about these hard working little stones which I feel contains so much beneficial energy and also so much beauty!