I never thought of a graffiti, as an art form, until I moved to a bigger city. Standing in front of a huge mural painted on a side of a building was a powerful experience for me. Painting at that scale was impressive, and somehow, it nicely blended into the building's surface and complemented its architectural elements.

Here are a few wall murals that exist in a complete harmony with the buildings that they've been painted on.

The Four Seasons in Philadelphia
Acclaimed Philadelphia mural artist David Guinn is well-known for his paintings of the natural world. 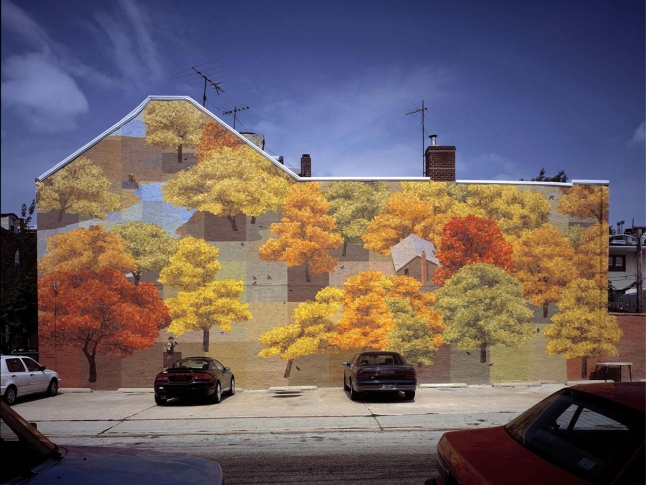 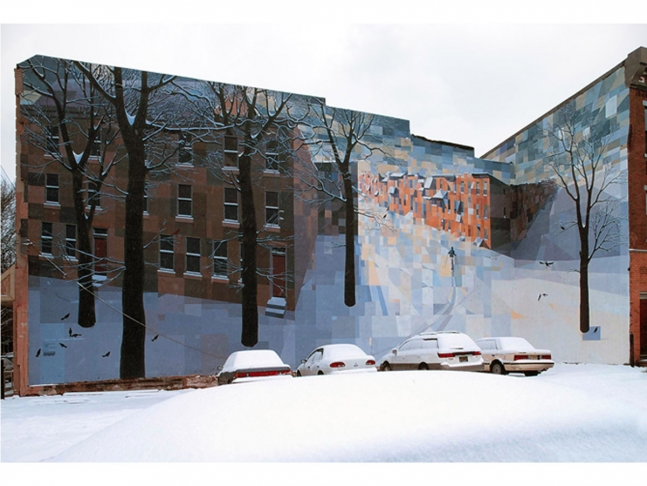 The Four Seasons in Montreal 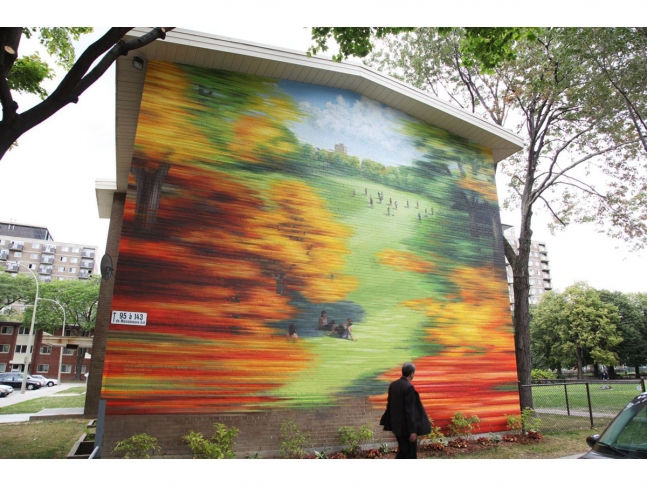 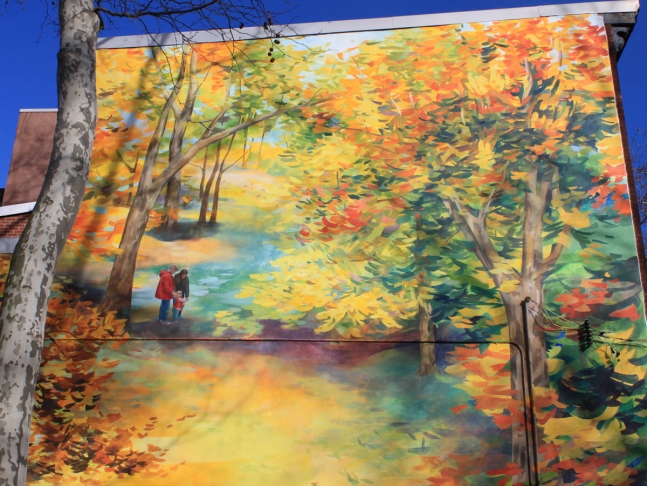 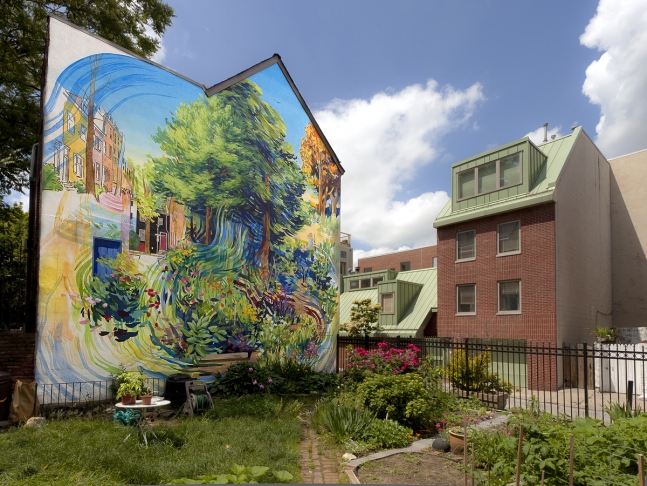 The derelict buildings of Lisbon are providing an enormous blank canvas for urban artists, who are creating street art bold enough to stop the traffic. This corner building shows work by Os Gêmeos and Blu. 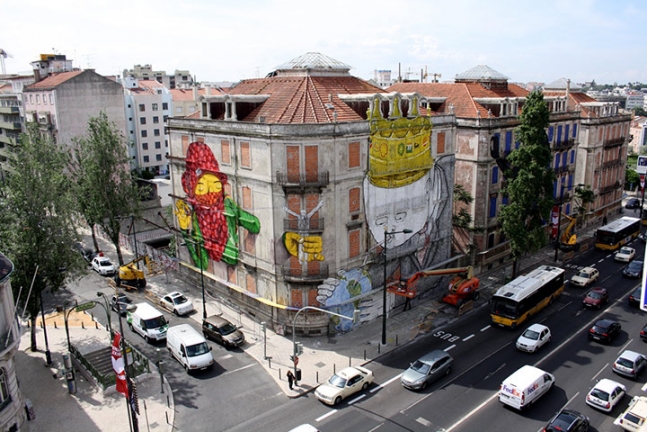 The crocodile on the left is by Ericailcane, an Italian artist. 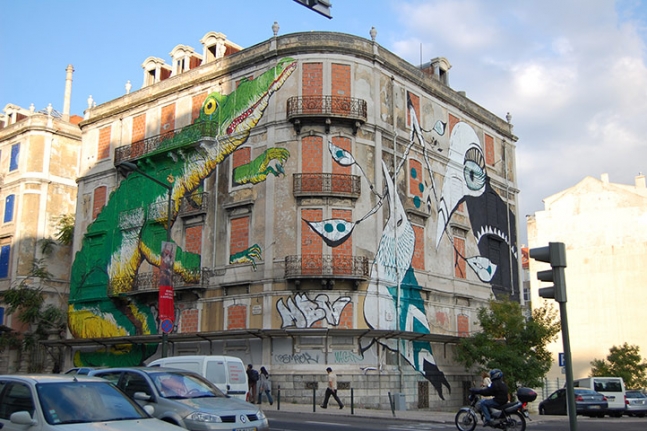 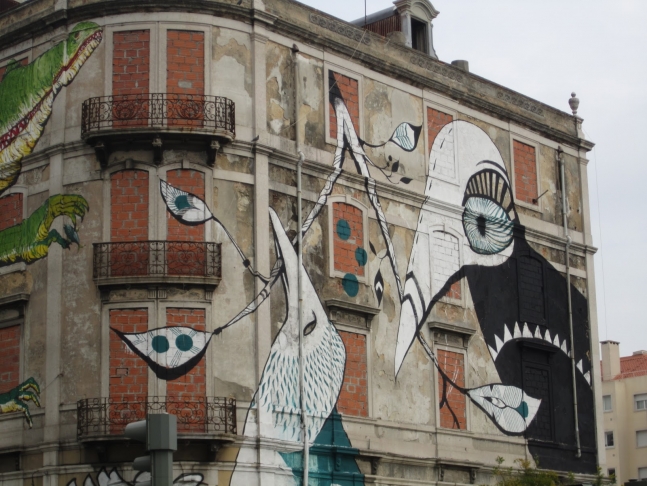 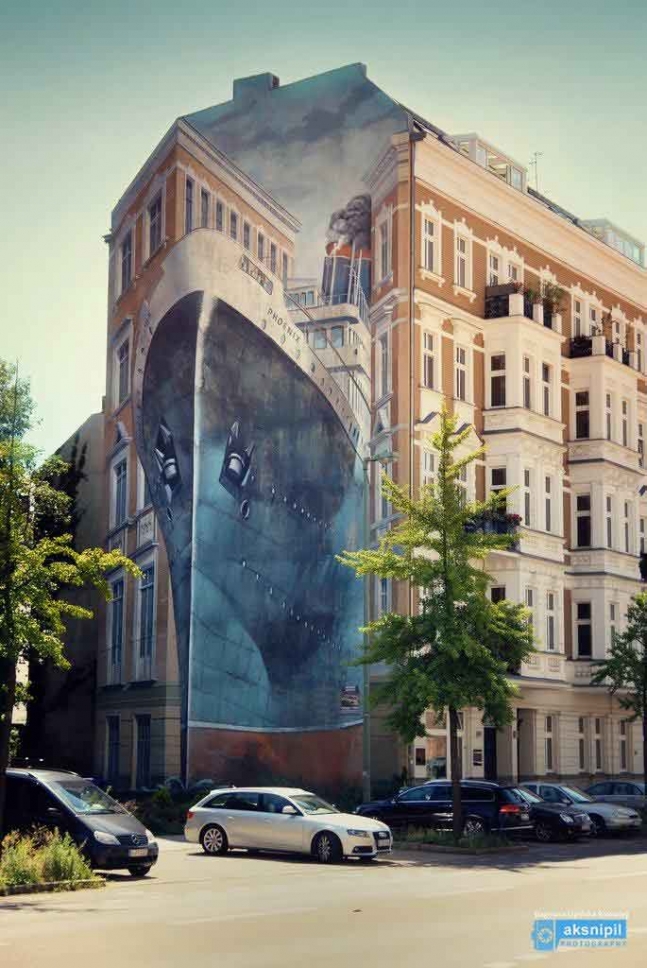 The city of Lodz in Poland is promoting the work of street artists from around the world as a way of creating a cultural re-invigoration of this city. Aryz (photo © Courtesy Urban Forms) 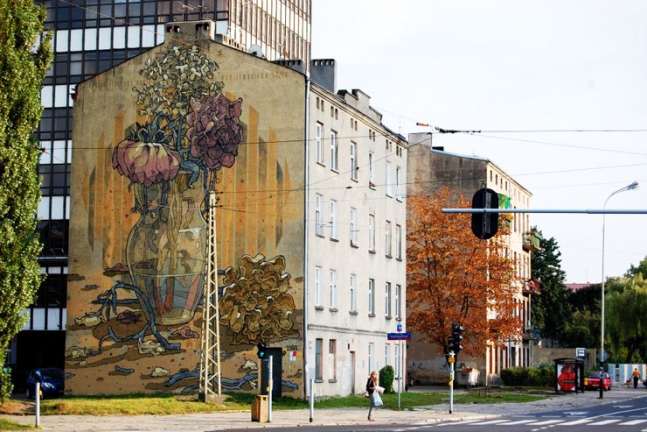 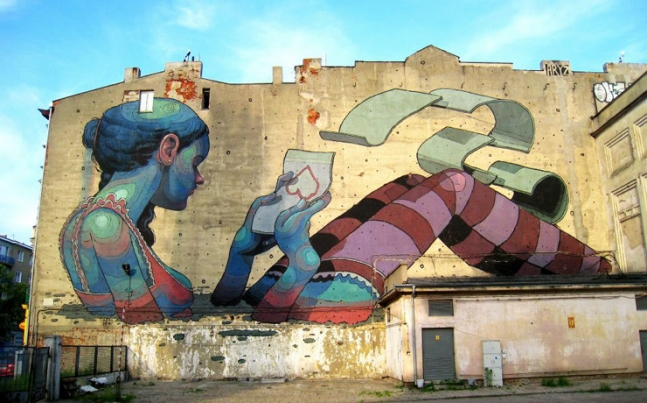 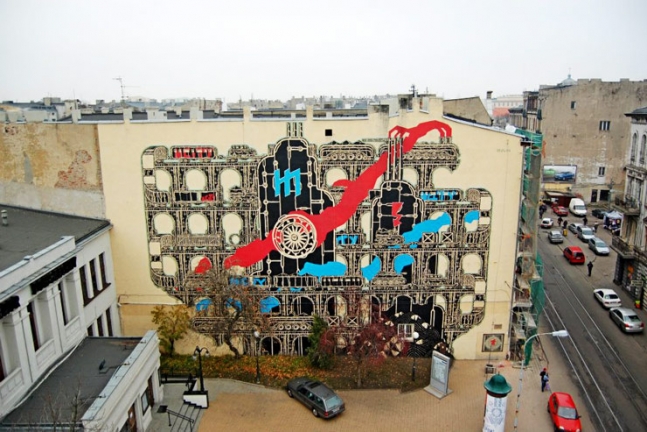 ACADEME, California State University mural has been a landmark in downtown Chico since 1980. It was painted by an American artist John Pugh known for creating large wall murals giving the illusion of a three-dimensional scene behind the wall. 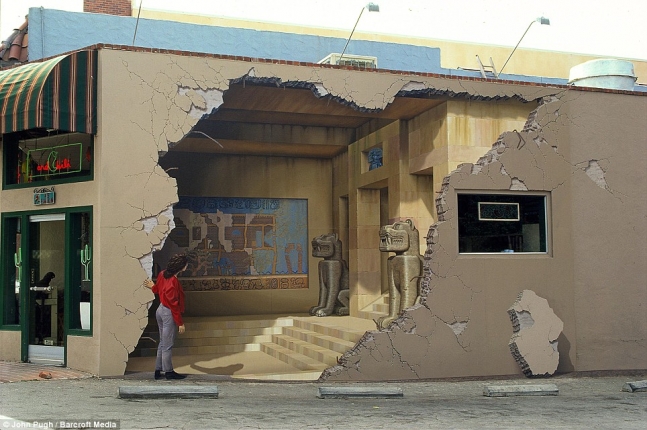 How do you feel about street art? Do you think street murals beautify our buildings and city walls? Do you usually notice and admire them or don't pay much attention to them? 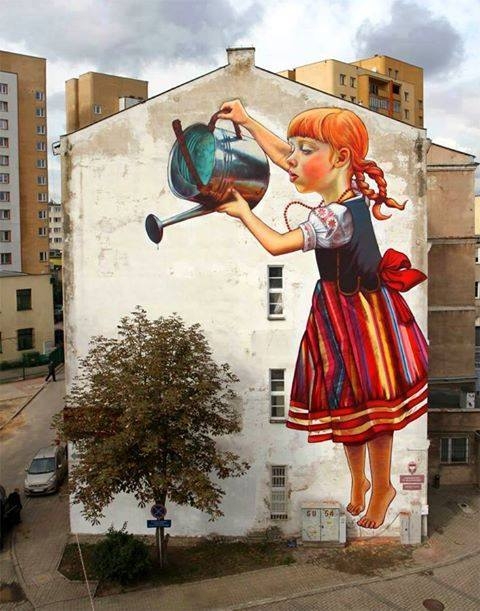