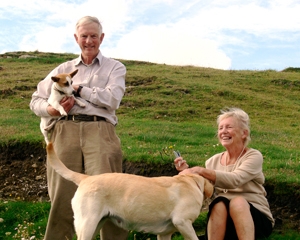 You could say that David and Sally Shaw-Smith represent not only the history of hand crafts but also the future. Their world - acclaimed HANDS documentary series featured in their store captures a disappearing way of life for a people, their hand crafts and their country of Ireland.

Each of the 37 documentaries beautifully capture the traditional Irish crafts in their natural surroundings. Thanks to David and Sally, the craftspeople of Ireland and their traditional crafts will continue to be appreciated for years to come. Sally and David shared with us their story of devotion to the Irish crafts.


1. Please give us a brief bio – introduce yourselves.

We are David & Sally Shaw-Smith, the producers of the 'Hands' series of documentaries which focus on Irish traditional crafts and lifestyles.

We realized towards the end of the 70's, that unless someone made a conscious effort to record the historical crafts of Ireland, there would come a time when many of the traditional methods of working would die out without being recorded for the benefit of future generations. Thankfully, with funding from RTE television, we set about making the Hands series of films. Over 37 documentaries capture true craftspeople making wonderful creations in textiles, wood, ceramics, metal, stone, leather, willow rush & straw.

2. How did you get started in filmmaking and why did you choose documentaries?

David grew up in Dublin, Ireland. From an early age, he was inspired by traditional practices and the natural world. He learnt his craft, initially working in television, joining the recently formed RTE Irish state broadcasting organisation in the early 1960’s. After this, he went on to work for the renowned wildlife filmmaker Gerrit Van Gelderen, from whom he learnt his camera craft. With this experience under his belt and a clear vision, he went out independently to make numerous films, many of which are included in this series. He chose the documentary style because it best reflected his approach to the crafts.

3. What brought you to devoting many years of your life to the preservation of traditional Irish crafts?

Imbued by a sense of urgency to record crafts in their natural surroundings before they disappeared completely, Sally and I, under contract to RTE, traveled the length and breadth of Ireland and it’s islands to assemble this important collection of 37 films on traditional Irish crafts and lifestyles, where the emphasis is on the skills of human hands rather than on machines. 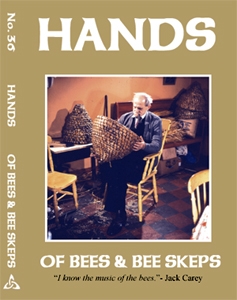 4. Which came first, David's work with the Crafts Council of Ireland or the HANDS documentary?

I was invited onto the board of the Irish crafts council after making several of the 'Hands' films and my knowledge and interest of crafts was renowned.

5. Sally's illustrations go hand-in-hand with David's color photography in the book Ireland's Traditional Crafts. How was it working together?

We have always been a husband & wife team, each bringing our individual skills to bear- in our case, David's direction, photographic/filmic skills, and my artistic ones, including drawing, painting & illustration. We have always worked well together, enjoying our respective roles, which contribute to the final project.

6. David, you used traditional Irish music in transitional areas of the HANDS documentary. But when documenting the artist at work, you allowed the natural sounds to be heard. How did you make this decision?

I wanted viewers to hear what I heard in the workshops and studios of all the crafts people we worked with; I felt that if they could hear the busy sounds of industry, it might further enhance their appreciation of the craftspeople at work and add to the atmospheric quality of the films. Sally nearly always took the sound.

7. The Crafts Council of Ireland dedicated the David Shaw Smith Library and Archive room in your name. Would you like to share a little about this with our readers?

After 25 years of being on the board of the Irish crafts council, the other members felt it fitting to acknowledge my service to the council by naming their library and archive room after me. I was honoured by this and hope future generations will benefit greatly from this resource. Over the years I met so many fascinating people, who all, in their own way contributed to this bank of knowledge and expertise. 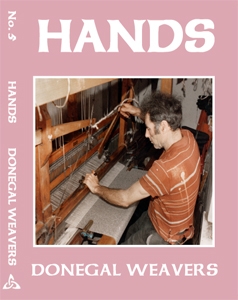 8. David, in 1999 you founded Ceárta Inneona, Ireland's first blacksmithing school and you serve as its chairman. Why did you choose blacksmithing?

I have always been interested in blacksmithing. As a child I remember when Smiths were far more common than they are today; when their services were part of daily life in both rural and urban Irish communities. I was deeply concerned by the demise of the craft in Ireland, and felt something should be done to encourage younger generations to become involved; I saw this as a way to help keep the craft alive.

9. The HANDS documentary was filmed during the seventies and eighties. If filmed today, what part would digital technology play in the process?

Before I adopted  digital technology, all my analog equipment, although of excellent quality, tended to be heavy and cumbersome. One of the main reasons of my switch was lighter weights, but also cost was a big factor. I think today, technology enables filmmakers to produce films in far more efficient ways, with faster production times and quality always being paramount. Todays younger filmmakers probably find shooting far easier and faster; whereas I found difficulty in the past using the heavier, larger cameras.

10. You decided to self-produce the DVD version for the HANDS series. How has the Internet helped in the marketing?

Our Internet business is growing all the time. We find it a brilliant vehicle for bringing the films to the attention of people all over the world- a thing we couldn't ever have dreamed of a few years ago, with TV being the only really efficient marketing tool back then. It's amazing to think people in as diverse places as Alaska to Japan can learn about our films.

11. What part does the Internet and online marketplaces for handmade products, such as iCraft, play in the resurgence of traditional crafts?

I think sites such as iCraft play a vital role in helping crafts producers globally. They help craftspeople to showcase their work effectively and inexpensively, reaching audiences all over the world; a thing which would not have been possible before. The Internet helps younger generations of creative people to showcase their work, which in turn, encourages the continuation and stability of traditional craft practices. 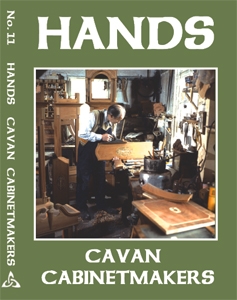 12. You have produced over 100 television documentaries and received several awards, including the Golden Harp. Would you like to share a little about this with our readers?

Yes, Sally & I have both produced an awful lot of films over the years when you look at it. Of course we are the producers, but the films would not have been possible without all the wonderful crafts people, the talented editors, narrators, musicians and everybody who helped us out on production. We are always very grateful and realise how lucky we were to work with so many great people over the years. The awards we have received over the years have been cherished endorsements and we are very glad to have received them; but perhaps the best 'rewards' we get, are all the lovely things people have said to us about the films - they mean so much, and we are glad to have brought pleasure to people through the films.

Thank you David and Sally for your time and your wonderful documentaries.